Shah Rukh Khan time and again proves that he is the best when it comes to entertaining people, and he proved it with his films. The whole country is a fan of King Khan, but SRK disclosed in one of his interviews, he is quite a huge fan of ace singer and actor Diljit Dosanjh.

Diljit Dosanjh is one celebrity who is everyone’s favourite. There’s no way you can dislike something about this human being. He’s talented, full of life and is transparent with his fans. His work in Pollywood and Bollywood industry is commendable. SRK further revealed that whenever Diljit met with him he was so humble, polite and always respected him. He added, even when Diljit gives his vocals to one of the songs in “Jab Harry Met Sejal ” he repeatedly asked him that if ‘I don’t like the song, he will sing again’ which is a very big thing as Dijit is a legendary artist.

Also, he further expresses that he loves the voice of Nooran Sisters, when he heard them in the movie ‘Highway’, he researched about them and wishes to work with them. His desires were fulfilled when his movie ‘Jab Harry Met Sejal’ came out.

This shows that Diljit has embarked his name in everyone’s heart including big superstars too. 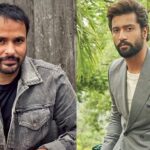 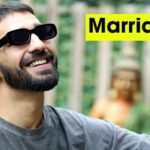