Does anyone even have a doubt on the fact that Tarsem Jassar is one of the classiest men Punjabi Industry has ever had? The gentleman’s class is always reflected in his art too. Tarsem Jassar is a bold and fierce writer along with being an equally good singer. But what happens when you merge him with a music producer like Wazir Patar?

After being delayed due to the Lakhimpur Kheri incident, Kingpin has officially been released on Youtube. Tarsem Jassar has lent his voice and written the lyrics of the song while Wazir Patar is the music producer of the classy beat. Gurjant Panesar is the video director behind the black & white music video of the song, a trademark of Wazir.

The posters of the song had already told the public that this was going to be a gentlemen’s song! Tarsem, Wazir as well as their men are all suited up, with the crowns (turban) on their heads, making a statement of what a true gentleman dresses like. The song matches up to the vibe. Tarsem Jassar is talking about principles in the song and Wazir’s music has never disappointed us.

This was a song Wazir Patar’s music is made for. Though there’s no doubt Wazir could blend any song into his own style, Kingpin felt like a track he would have loved to produce music for. The chemistry between Tarsem Jassar and Wazir has come out to be a brilliant one.

It has now become a fact. Neither Tarsem Jassar nor Wazir can ever disappoint us. This song was a big experiment for both the artists but just like always, Kingpin has come out as a well furnished track. 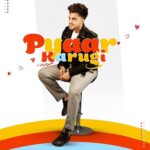 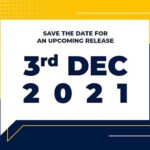