The Supreme Court has stopped the implementation of all three new agricultural laws. With this, the court has formed a committee; and there are four members in this Committee. It includes the National President of the Bharatiya Kisan Union, Bhupinder Singh Mann, Anil Ghanwat of the Shetkari Organization, and agricultural economists Ashok Gulati and Dr. Pramod Joshi.

He is the national president of Bharatiya Kisan Union and also a chairperson of the All India Kisan audition Committee, even he was nominated for the member of Rajya Sabha MP in 1990. However, Bhupinder Singh Mann is fighting continuously for the farmers.

Dr. Parmod Kumar Joshi is an expert in Agricultural economist and food policy, and also a director of the South Asia International Food Policy Research Institute and also a member of the Right to Food Committee in the Government of India, where he has a long experience of working in the administration of agriculture.

Ashok Gulati is an agricultural economist. The committee that has suggested the Minimum Support Price (MSP) also he has been a former chairman of the CACP, in the year 2015 Ashok Gulati was honored with the Padma Shri by the President of India Currently, he is the Infosys Chair Professor of Agriculture in ICRIER.

Anil Ghanwat is the president of the Shetkari Sanghatana which has been backing the government in the entire agitation by farmers. Mann, meanwhile, is a leader of the farmer union Bhartiya Kisan Union.

The committee will look into the farmers’ grievances against the three new laws.
Farmer leaders welcomed the Supreme Court’s decision to ban all three agricultural laws, but they will not end their agitation till the law is withdrawn. 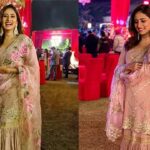 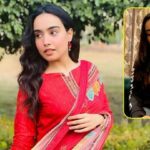