During the curret farmers protest there are various songs that you could hear in videos which kind of were aimed at boosting morale of farmers protesting in tough Delhi winter.

Top Songs in The Support of The Farmers Protest

But “kisan Anthem” was song that brought many artists together and grabbed the national headlines, to the extent that Renowned Journlist Ravish Kumar featured that in his show.

Just few hours back the news came in that “Kisan Anthem” was no longer available on youtube. This viral song had Millions of views in a very short time and had become major Anthem for farmers protest.

Posted on Shree Brar’s youtube channel this song has been striked off by an account @FlopYoutuber who later posted about song removal in his insta stories too. Vlogger revealed that a timelapse which he shot was used in the video of “kissaan Anthem” without credits or permission.

Team Kiddaan did write to Shree Brar on same, but till this article was written we didnt get any reply. 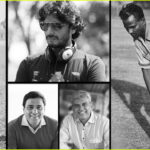 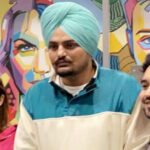