One of the most popular Punjabi singers who has given the industry many superhit tracks is Jass Bajwa. The singer started his singing career in 2014 with his album Chakvi Mandeer and since then there is no looking for him.

Also When we talk about farmers’ protests and their supporters, his name always strikes in our mind.

But do you know the story behind his real name? In one of the interviews, singer Jass Bajwa disclosed that his real name is Jaspreet Singh Bajwa, but he wants to rename it by ‘Jassa Jatt’. Before his song ‘Chakvi Mandeer’ , he released 3-4 songs during his struggle which didn’t hit the music charts.

He was then recalled as a Jass Bajwa. Back in those times, he wanted his stage name to be ‘Jassa Jatt’ but his friends advised him that it would not look good when it comes out from a girl’s mouth. But since his friends and family knew how much he loved and wanted to keep his stage name as ‘Jassa’, they called him by that name only.

And this made him feel that keeping his stage name ‘Jass’ in place of ‘Jassa’ (which he wanted) will make no difference. He accepted the suggestions of his friends and kept his stage name Jass, as he thinks that if a person has the talent to showcase then his name doesn’t matter at all.

After establishing himself as a singer, he tried his luck in acting and made his acting debut with the Punjabi film Thug Life in 2017. The film is well received and his performance as an actor was adored by everyone.

When Doctors Told Jass Bajwa, ‘You Can Never Sing’ 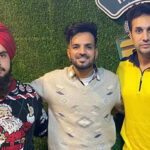 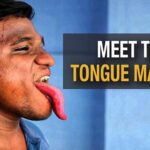