The new movie titled ‘Kokka’ will hit the theatres on 20th May 2020. The film is presented by Neeru Bajwa Entertainment and Rabba Productions in association with Topnotch Studios UK and is being produced by Santosh Subhash Thite, Raman Aggarwal, Bally Singh Kakkar & Vishal Johal.

The director of the movie is not disclosed yet and talking about it’s beautiful art poster, it shows Gurnam Bhullar lifting Neeru Bajwa on one hand, and by other he holding Neeru hand. This romantic poster has surely confirmed that the movie is going to be a beautiful love story. Also, it’s going to be a new age love story because there is a sentence mentioned in the poster which reveals a lot about the theme of the upcoming movie. It says,

The film was in the news in 2019, and since then the speculations about its release date were going viral on various social media platforms. But now, when the makers have finally released the official announcement about its release, it has become an absolute joyous news. 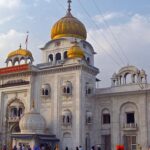