Kota Factory season 2, like season 1, doesn’t beat around the bush and gets straight to the point. The colours blur straight to black and white, reminding us and reinforcing the lifelessness of living under this pressure.

The show offers an insight into the life of students in Rajasthan’s Kota, a major coaching hub of the country for competitive examination preparations, and was a surprise hit when it debuted on YouTube in 2019.

Now, it is now set and returning with its second season, which premiered on Netflix.

In the terrain of small town Kota, brilliant Vaibhav, loveable Balmukund, spunky Shivangi, sweet Uday and the brilliant Jeetu bhaiya steer the chance and challenge to explore the most real and most relatable face of India, its aspirations and scrutinizes its romance, sexuality and friendship with utmost gentleness and sweetness.

This second season abandons the JEE jacket and becomes a broader story about the bureaucracy of education itself. In doing so, it also loses a bit of its universalism. Jeetu Bhaiya has a much bigger part to play as his own bent overshadows that of the kids around him. It is a credible move, following the narrative of the one man in Kota. Jeetu Bhaiya leaves his former coaching institute to start his own. The two narratives run in parallel, but really, it is Jeetu Bhaiya’s efforts to build an institution from the ground up that takes over the series. Sameer Saxena as Maheshwari sir is menacingly strict. A new supporting cast with a special insider TVF cameo does the trick of freshening the pot that given Jeetu’s assigned charisma, suggests it is about to rot soon.

There are a couple of false notes in this second season. The script is much more confusing with varying emphasis on students and teachers. Jeetu’s obstacles are exciting but they deprive the students of their time under Kota’s grim sun. There is far less humour in this season that never quite manages to shake off a hanging dread over its head. You can sense it in Meena’s tone, Vaibhav’s struggles or even the poignancy of moments

Also, we sincerely hope that filmmakers bring more use platforms like YouTube and create more content that will be a true testament to the kind of quality that can be created. Also, to see tons of IIT graduates get together, including some of the creators of this show, some actors and other crew, and make a show about that life, comes from so much honesty and heart that it fills you up with warmth. The second season of Kota Factory is definitely a one-time watch. 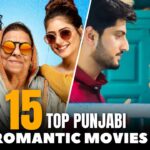