Deepika Padukone who is one of the top actresses of Bollywood Industry has lost a big project from her bucket. The makers of Adipurush starring Prabhas as lord Rama had planned to cast Deepika Padukone opposite him as Sita Mata, but eventually Deepika is already doing a film with Prabhas and the director Om Raut is not in the mood to repeat the pair.

The makers want to cast a fresh pair in this film and hence they have not casted Kriti Sanon for the same. This means, now Kriti Sanon will be playing Sita Mata opposite Prabhas as Lord Rama. Other than these, recently Saif Ali Khan playing Ravana in the film was also announced, and we must say Prabhash is going to enjoy a great company for sure.

As per reports there are strict rules and guidelines which are to be followed by the cast, especially during the shooting days of the film. Kriti will also have to give up on eating anything non-vegetarian.

But we believe this sacrifice will give her a lot more in return as we all know this film is surely going to be a very big project. And especially when it is mythological based on Ramayana, and starring Prabhas, it is definitely going to be a bliss to watch for the audience. 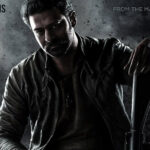 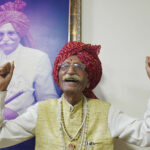