Kamaal Rashid Khan aka KRK is known for his negative and derogatory remarks against Bollywood Film Industry & Bollywood actors. He has been in verbal spats with various celebrities. But now he has landed in serious trouble. KRK has been recently arrested by Mumbai Police.

Kamaal R Khan was detained at Mumbai Airport immediately after he landed in Mumbai from Dubai. He was taken to Malad Police Station and after questioning he was arrested.

KRK’s arrest is making noise and everyone interested in Bollywood updates is talking about it. The official complaint against KRK was filed by Rahul Kanal, a member of Yuva Sena.

After the arrest, Rahul stated, “Kamaal R Khan has been arrested today on my complaint. I welcome this move by Mumbai police. He makes derogatory comments on social media and uses foul language. Such kind of behaviour is unacceptable in society. By arresting him, Mumbai police have sent out a strong message against such people.”

“We have registered an FIR against Kamal R Khan for making derogatory remarks about both the deceased actors under section 294 (punishment for obscene acts or words in public) and other provisions of the IPC,” PTI had quoted a senior police official as saying.

Notably, the KRK’s arrest is concerned with some tweets he shared a few years ago. He has released derogatory statements against late Bollywood actors Rishi Kapoor and Irrfan Khan. Ahead of their deaths in 2020, KRK took it to his official Twitter account and shared some tweets which caught everyone’s attention.

In one, he even commented on Rishi Kapoor’s emergency hospitalization. He stated that Rishi Kapoor should not die now as the liquor shops will be opening in a couple of days.

This is not all, as KRK had put some serious allegations on Irrfan Khan also. KRK had called Irrfan a cheater, ‘ghatiya aadmi’ and a lot more.

KRK has been in legal trouble for his derogatory remarks earlier also. We all know Salman Khan too had filed a complaint against the self-proclaimed critic for his review of Radhe.

A few days ago, KRK made headlines for his ugly remarks on Khans of Bollywood; Shah Rukh Khan, Salman Khan and Aamir Khan. He said the Khans should retire as they are arrogant and don’t respect the audience.

He had even announced to remove Khan from his name and adopt Kumar as a surname. 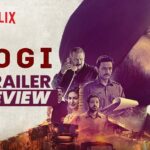 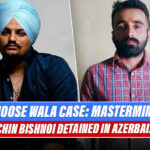