Every Bollywood fan recognizes KRK and is aware of his name. The actor and filmmaker stays in news for trolling B-town actors and also sometimes throwing derogatory remarks on others.

His tweets and videos go viral all-around social media in which he is usually seen sharing his negative opinions about any film or actor. Currently also, a tweet by KRK is doing rounds on social media, but this time it’s very surprising.

Taking it to his Twitter account, KRK praised the film and also predicted it to be the biggest hit of Akshay Kumar’s career.

But it looks like netizens are not able to digest the change in KRK’s views. The man who is known for criticizing Bollywood actors and movies is today praising Akshay Kumar’s upcoming project. There are people who believe there is surely ‘daal mein kuch kaala’ or he has been paid by the film’s team.

Have a look at the reactions and opinions of netizens.

Also Read: Sidhu Moosewala Is 3rd Most Searched Asian On Google In 2022 Among Katrina Kaif, Virat Kohli & Others

Also Read: Harrdy Sandhu Never Gets To Eat Anything In The Weddings. Here Is Why

Finding KRK praising someone is really an unusual thing to witness. Hence, his tweet was obvious to get noticed by netizens. Coming to the credits of Akshay Kumar’s upcoming movie Raksha Bandhan, it is directed by Aanand L. Rai. The film will hit the theaters on 11 August 2022. 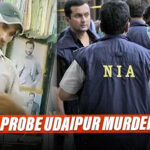 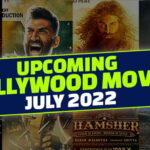