One of the amazing singers of our Punjabi entertainment industry is blessed with Kulbir Jhinjer. He started off his journey in this industry as a lyricist and got recognition in no time. After which he tried his hands on singing as well as acting. No doubt, he got success as both a singer as well as an actor just like he was loved for his writing abilities.

Recently Kulbir Jhinjer took to his Instagram handle to share the announcement of his next track ‘Duniadari’. The song will be featuring actress Yesha Sagar. In fact, the singer mentioned that they both are collaborating for the second time. Sharing the glimpse of both, he wrote, “Duniadari …. 2nd project with Yesha Sagar, a very talented artist…. releasing update soon …. thanx for your love and support,,,, jbbdd”

Yesha Sagar Is Increasing The Temperature With These 10 Hot Pictures

He raises the level of excitement among fans, though the poster and further information has not been unveiled yet. But it is expected to be released anytime soon. 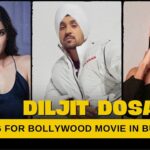 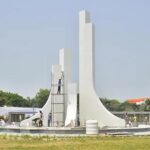