The popular television actor Kushal Tandon is currently making headlines for his latest comment on Indian Reality shows. The actor who himself has been a renowned Bigg Boss participant has lashed out at the new seasons of Bigg Boss.

Kushal recently appeared for an interview with Times of India and talked about Bigg Boss and other reality shows in India. He even stated that he is no more interested in participating in these shows as he is too mature for them.

Moreover, it looks like Kushal is definitely following the ongoing season of Bigg Boss. He recently shared tweets in support of Tina Dutta and slammed Sumbul Touqeer’s father.

In the tweets, he stood by Tina and bashed Sumbul’s father for throwing mean comments at Tina.

Talking about Kushal Tandon, the actor participated in Bigg Boss 7 where he was one of the most loved contestants. His relationship with the season’s winner Gauahar Khan also was a hot topic of discussion, but the relationship did not last long after the show ended. 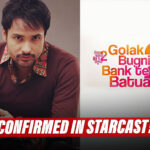 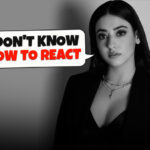