We cannot deny the fact that Simiran Kaur Dhadli is emerging to be one of the finest singers of Punjabi Music Industry. With back to back amazing and much loved songs, she is turning out to be the most favourite of many. The singer has recently released her latest and awaited song ‘Lahu Di Awaaz’. The song is both sung and penned by Simiran, which undoubtedly is impressive as usual, but apart from these also, the song is a masterpiece, and today we will tell you why.

As already mentioned, ‘Lahu Di Awaaz’ is written by Simiran herself, it’s the first thing which we really want to talk about and we can bet that it is exactly what grabbed everyone’s attention. We won’t describe the lyrics of this song as beautiful, because they are bold, strong and extremely intuitive. The lyrics of the song are a reality check for the fake feminists who use feminism to justify or defend their doing. The song focuses on the women who willingly undresses and reveals themselves  on the internet for the sake of some likes and followers, the women who sell their bodies to earn and a lot more which is sensitive yet the hard to believe reality of today’s world. Also, we are extremely amazed by the bold vocals and singing skills of Simiran who proved it yet again that there’s no one like her. The way she sang the song, we can bet no other singer could have done justice to it.

And, to justify and empower the lyrics even more, Honey Virk has also worked really hard and smart to create its video. The video includes multiple video clips and pictures of women (mostly influencers) who are promoting obscene content in the name of feminism and equality. The song’s video also included some viral videos and pictures of some well known faces and very popular influencers like Meeti Kalher and Moose Jattana who enjoy a huge fan following. With this, two more attention grabber strong videos from the song are; one from the Lucknow incident where a woman slapped and got involved in violence against the cab driver, and second of Sarvjeet Singh Bedi who was harassed  in a fake molestation case.

Despite all this, one thing from the song which won our hearts was that it not only highlighted the ‘Fake feminism’ thing, but also expressed the true meaning of feminism by including the names of some very respected and strong women of Punjab. We were glad to witness the included names of Mata Gujri Ji, Maharani Raj Kaur Ji, Maharani Jind Kaur Ji, Mata Sundari Ji and Mata Sahib Kaur Ji.

We believe this song was much needed in the industry, maybe not only to rank in music charts, but specifically to show mirror to the society. For us, this song is one of its kind and it deserves to be in everyone’s playlist. You can listen to the song here; 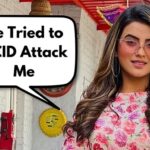 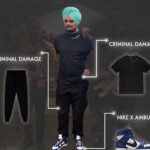