Lawrence Bishnoi made it to various news headlines after his involvement in Sidhu Moosewala’s murder was found out. He is a Tihar Jail prisoner and is currently involved in the investigation related to the assassination of Punjabi Singer Sidhu Moosewala on 29 May 2022.

But this is not the only celebrity crime case that he is associated with. In fact, he is also popular for giving public death threats to Salman Khan. And it was not many days ago when he allegedly sent a death threat letter to Salman Khan’s lawyer Hastimal Saraswat.

And now, a new update on the same has recently gone public. Reportedly, Lawrence Bishnoi has recently opened up about his community’s desire to kill Bollywood celebrity, Salman Khan.

Delhi Police’s special cell revealed that in one of his interrogation sessions, Lawrence Bishnoi said that his community will never forgive Salman Khan unless he tenders a public apology for killing a blackbuck, considered sacred by the Bishnoi community.

HGS Dhaliwal, Special Commissioner of Special Cell stated, “During interrogation, he candidly said that since the Bishnois consider the blackbuck to be the reincarnation of their religious guru, Bhagwan Jambeshwar also known as Jambaji, acquittal or punishment from the court will not be the last verdict for him. He also said the actor and his father either tender a public apology in Jambaji temple or the Bishnois will kill them.”

Notably, all this is related to an incident from 1998 when Salman Khan was accused of hunting down to Chinkaras at Bawad in Mathania near Jodhpur. The case also ended up with a legal case on Salman Khan.

Moreover, the name of gangster Lawrence Bishnoi has been connected to sending death threats to Salman Khan, his father Salim Khan and lawyer Hastimal Saraswat. Not only this, but it was also revealed that popular Bollywood filmmaker Karan Johar was also in the hitlist of Lawrence Bishnoi. 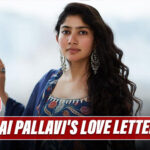 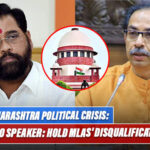