The fans of the Punjabi Film Industry are currently enjoying their treats of surprises. As the makers are leaving no stone unturned and announcing back to back films. And now adding to the list, Film ‘Doorbeen’ director Ishaan Chopra has again donned the director’s hat for the upcoming film LehmberGinni. The Punjabi rom-com will star Ranjit Bawa along with Mahira Sharma.

Mahira Sharma who carved a niche audience and rose to fame along with her stint through Bigg Boss 13 is now all set to make her debut on the large display screen. In the previous two years, the actress has kept herself busy with music, movies and appearances. Now it will be amazing to see such an amazing star in the Punjabi industry and that too with one and only ‘Mitti De Bawa’.

The shoot for the same goes on the floors and reports Mahira’s post reveals that the shooting will take place in London, United Kingdom. Also, the poster of the same has been released in 2021 but during that time the whole cast was kept under the wraps. And now from the pictures, it can be seen that along with Ranjit and Mahira, Sarbjit Cheema, Nirmal Rishi and Kimi Verma will be essayed in pivotal roles.

The clapboard reveals the film will be produced by Omjee Star Studios in association with SSD Productions. Now, fans are hoping that the makers will soon reveal its release date. As Bawa’s and BB’s fans can’t wait to see the duo sharing the big screens. 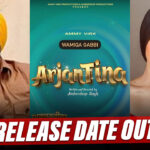 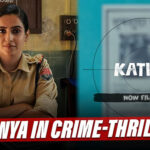