Makers of the most anticipated Punjabi film Lekh are leaving no stone unturned to entertain their audience. Prior to the release date, they have delivered amazing songs which are not only being loved by the fans but are playing on loop as well.

The trailer of the romantic drama is still trending on YouTube and the songs are creating quite a stir among the fans. Till date, the makers of the film have released five songs from the movie – Udd Gaya, Bewafai Kar Gaya, Mera Yaar, Beliya and Zaroori Nai. Each song has its unique quality and emotions. They have turned our heads with the soulful music and soothing vocals. All the five songs have lyrics by master Jaani and music by B Praak. And the song videos show different stages of the love story, including how Gurnam started feeling for Tania which ends their relationship to a distinct path.

Speaking of the first song, the makers made the right decision to release Udd Gaya. The song is a romantic ballad that will paint you in the colors of nostalgia and bring back memories of your first school crush. Sung by B Praak and penned by Jaani, the fans are really hooked on the music. Featuring Gurnam Bhullar and Tania as school kids, it will take you back to memory lane. Their acting and the way Gurnam (Rajveer) looks at Tania (Raunak), the way she never leaves any figment of his imagination, is all so adorable.

After Udd Gaya, people started falling for its second song Bewafai Kar Gaya. This melificious song has been crooned by B Praak and written by Jaani, the song itself is no less than magic. If we talk about the music of the song, its composition and has a Sufi touch and on top of it, B Praak’s vocals aim for the heart straight. Last but not least, Jaani’s lyrics as always are nothing less than a trance in work. Gurnam and Tania’s chemistry as usual gives us all the reasons to love them. The song’s video revolves between the past and the present, trying to illustrate that though so much has changed, what remained constant is Gurnam and Tania’s love.

Another addictive song Mera Yaar from Lekh has touched our heart strings like never before. If you’re a person who’s too emotional, we can bet this song is going to make you cry. This sad song shows how helpless both Gurnam and Tania feel, as though they are right in front of each other, they aren’t together. The memories from their past terrify them every time they look at each other. And then on top of it, the brutal reality of the present breaks their hearts. Sung by Gurnam Bhullar, penned by Jaani and the music of B Praak makes the song a perfect soft sad romantic melody.

Coming to the forth song Beliya, this romantic ballad is sung by Gurnam and as usual the lyrics of Jaani and music of B Praak ensures that this track also touches the heartstrings of fans. Beliya portrays all the wonderful and sweet moments of Gurnam and Tania. Right from walking miles and chatting to enjoying a ride together, the song’s video has aimed to feature the shining period of their relationship. You will surely listen to the song on loop and what grabs our attention is its hook line ‘Asi Tenu Pyaar Nahi Karde, Mohabbat Karde Aa’.

Last but not the least, the song Zaroori Nai expresses heartbreak and one’s dreams of being with a beloved, all of which are dashed by reality. The music captures the raw emotions that Bhullar’s character feels. Sung by Afsana Khan, lyrics by Jaani and musicality of B Praak trying every possible way to keep the audience attached to the film.

However, every song indeed from this playlist has a distinct feature and excellence. Be it music, lyrics, vocals or videos, every bit of the songs is perfect and adoring.

Speaking of the film, it has been written by one and only prolific writer-director Jagdeep Sidhu and directed by Manvir Brar. It will be making it to the big screen on 1 April 2022. Further, alongside Tania and Gurnam Bhullar, the movie also stars Nirmal Rishi, Kaka Kautki, Harman Dhaliwal, Harman Brar, and more in pivotal roles. 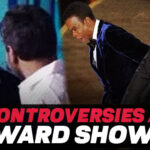 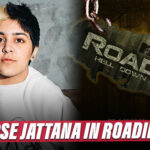