Recently released punjabi film Lekh starring Gurnam Bhullar and Tania in the leading roles is currently in the limelight. Apart from the leads, one actor that successfully won fans’ hearts and left a mark was late actor Kaka Kautki. He played the father’s character of Gurnam Bhullar and we couldn’t keep our eyes off him. Unfortunately he died before the movie could release, and this has added to make the movie way more emotional to watch.

Now the makers of Lekh have released a compiled video of behind the shoot to pay tribute to the late actor. The 11-minute video has been recently made available on YouTube and caught our eyeballs. Watching every shot in the video which shows Kaka Kautki talking, smiling or laughing will make your heart heavy.

There are moments where Kaka Kautki is seen practicing his dialogues, reading the scripts, adding his inputs, hugging Gurnam and also bursting out of laughter after giving the perfect take. Also, the beginning of the video cannot be ignored as it features Harjosh Kautki. He is the brother of Kaka Kautki and he is the man who lent his voice to dub the Kaka Kautki’s dialogues after his demise.

Talking about the dubbing, Harjosh also expresses how happy he felt to see his brother once again and to become a part of this film. Not only this, the film’s team has also expressed its gratitude for his contribution to the film.

Not only in this video, but even watching Kaka Kautki’s acting in the film Lekh will make your eyes wet. If you have been a fan of Kaka Kautki, this film and this tribute video surely is a must watch for you. If you haven’t watched it already, here’s the link to help you out, 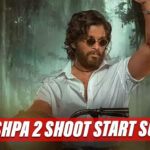 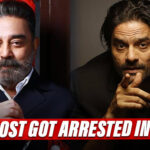