Recently a fighting video of two international superstars has been surfacing all over social media. A physical spat between Will Smith and Chris Rock arose when Smith slapped Rock after he made an uncomfortable joke about Pinkett Smith.

All this began when Rock appeared on stage to present the Oscar for documentary feature and made a joke about Jada Pinkett Smith being in “G.I. Jane” because of her shaved head. Smith then took the stage to slap Rock. Although it appeared to be a joke at first, Smith returned to his seat and yelled at Rock, “Keep my wife’s name out of your fucking mouth!”

People were stunned and couldn’t believe that it had actually happened. However, the clip went viral. And after that, there are many other similar old videos of celebrities fighting on stage or during an event that went viral. So scroll down to read about the same in detail and watch the video.

In 2013, when Varun Dhawan was hosting the Filmfare Awards, Dhawan named five actors who are best known for their dancing in Bollywood. However, he missed adding Shahid Kapoor’s name to the list. Shahid got humiliated and had a little word of war with Dhawan for not including his name but including his name on that list.

When Ashutosh Gowarikar won the Screen Award for the Best Film of The Year – Jodha Akbar, he took a dig at the host Sajid Khan. He conveyed how Sajid’s joke about his film insulted him and felt ‘deeply hurt’ and ‘upset’. Gowarikar didn’t like how Khan would often cut people off in the middle of their speeches, poking fun at them and turning it all into a joke. He also asked Sajid to ‘shut up’ when the latter tried to speak. The incident happened in 2009.

During one of the Filmfare Awards, Shah Rukh Khan and Saif Ali Khan made fun of Neil Nitin Mukesh’s name and it really hurt his feelings. He stood up and revealed how he felt insulted because his father was also present among all the celebs there. He went forward and used the word “shut up” for both SRK and Saif Ali Khan.

In 2011, Zee Golden Balti Awards, artists Ali Asgar and Suresh Menon hosted the event. During the event, they two-handed over a Lifetime Achievement Balti Award to KRK, who got really offended by this. He smashed the award and left the function.

When lyricist Mithoon came to the stage to receive the award for his composition for ‘Aashiqui 2’ that starred Aditya Roy Kapur and Shraddha Kapoor, Salman got furious when the music director told him that he and other awardee singers had to wait for so long. In return, Salman just acted negatively.

In 2014, during an award function back Salman Khan seemed to be hosting and when he called the name of Arijit Singh, he was all messed up as he had come directly to the award function after being busy editing a song for music composer Pritam Chakraborty. He was dressed up in casuals and chappals. When Singh walked upon the stage, Salman Khan questioned him, “So gaye the kya’” to which the singing sensation candidly yet nervously expressed “Kya karein aapne sula diya.” Salman also replied back by targeting his songs and said, ‘Songs like these can make anyone fall asleep.’ Though Arijit immediately realized that what he said might have hurt the actor, he whispered an apology to Salman Khan while receiving the award, this didn’t end there.

It is now believed that everything between the two is sorted now as in an award show where Salman was sitting in front row, and Arijit performing on the stage, shared friendly gestures with each other. While Arijit bowed and smiled out of respect towards Salman Khan, Khan in return smiled and accepted the greetings.

To this Taylor didn’t speak anything but she gave a solid comeback to Kanye through her beautiful speech at the 2015 VMA awards. During her speech, she said, “So I guess I have to say to all the other winners tonight, I’m really happy for you, and I’m let you finish, but Kanye West I’ve had one of the greatest careers of all time.”

Award functions are something that fans eagerly wait for. And it is a well-known fact that the acting by the hosts or those presenting awards are scripted just like movies released in theatres and on OTT platforms. But these unknown fights during the functions make them memorable and rare. 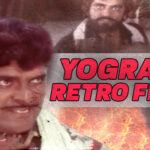 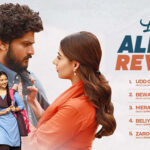