Lucknow court on Wednesday issued an arrest warrant against dancer and actress Sapna Choudhary. She is charged for canceling the concert and not repaying the money to the audience. The case was filed in Ashiana Police Station on October 14, 2018 for her apparent failure to turn up for a dance show at Smriti Upvan in Lucknow on October 13 that year from 3 pm to 10 pm.

From the reports of India Today, Chief Judicial Magistrate Shantanu Tyagi on Wednesday issued the warrant against Chaudhary, asking the police to implement it by November 22, which is the next date of hearing of the case.

Moreover, the court is registered to frame charges in the case against the dancer for which the presence of the accused is necessary. Chaudhary had earlier also moved the court to stop the FIR against her but she was denied the relief.

The ticket for the programme was sold at the cost of Rs 300 both online and offline. Further, Thousands of people had turned up to watch the performance but Chaudhary did not turn up till 10 p.m. The crowd created a fuss at the spot. Also, people’s money too was not paid back to them. 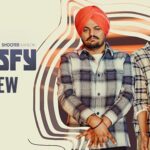 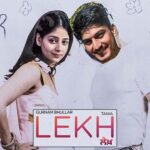