The lumpy skin disease, after infecting the cattles across Gujarat and Rajasthan, has now started spreading in the border state of Punjab too. Reportedly, 2 days back, as many as 886 animals were found infected with the lumpy skin disease in Punjab’s Mukhtasar, followed by the death of 22 cattles till July 30.

The cases have been found in Moga, Fazilka, Faridkot and Mukhtasar districts. However, the Animal Husbandry Department has released an additional ₹50,000 to its office in Mukhtasar for the immediate purchase of medicines. The lumpy skin disease (LSD) has scared the farmers across the state.

Also Read : Amidst Covid Pandemic, Now Monkeypox Spread In A Matter Of Concern In India

What Is Lumpy Skin Disease (LSD)?

The (LSD) Lumpy Skin Disease is a viral disease spread amongst the cattles, by ticks or other insects like mosquitoes and flies, that feed on blood. Particularly in animals that have never been exposed to the virus before, it can also result in causing fever and skin nodules, further leading to death.

In some cases, infected equipment and fomites can potentially transmit the disease directly from animal to animal. However, it doesn’t pose any risk to the health of humans.

What Is The Origin Of Lumpy Skin Disease?

In 1929, Zambia reported an epidemic of lumpy skin disease. At first, it was believed to be the result of poisoning or an allergy to bug bites. However, between 1943 and 1945, more cases were found in Botswana, Zimbabwe, and the Republic of South Africa.

In South Africa, in the year 1949, a pandemic infection that affected about 8 million cattles, resulted in significant economic losses. Between the 1950s and the 1980s, LSD spread throughout Africa, impacting livestock in Kenya, Sudan, Tanzania, Somalia, and Cameroon.

On Wednesday, Laljit Singh Bhullar, the minister for animal husbandry, fisheries, and dairy development in Punjab, announced that the department has distributed ₹76 Lakh to all districts for the purchase of medications for the prevention of lumpy skin disease in animals.

The minister even instructed the staff to constantly educate farmers, livestock owners, and the public on disease prevention.

Bhullar further stated that ₹5 lakh each have been released to the districts of Amritsar, Gurdaspur, Tarn Taran, Ferozepur and Fazilka, and ₹3 Lakh each to the remaining districts so that the district offices does not encounter any difficulties in purchasing the required medications. 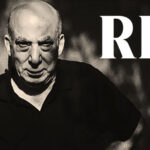 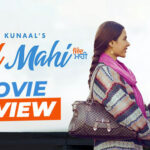