Diljit Dosanjh is back with the fourth music video from the album MoonChild Era. The music video of ‘Luna’ is out on Diljit Dosanjh’s official Youtube Channel. It is written by Arjan Dhillon and is simply one of the most loved tracks of the album. But the video makes it even better!

Diljit Dosanjh has come up with a music video we have never seen before. While, the type of song that Luna is, most of the audience would expect Diljit to be chilling with the female lead in the video but this time the man has brought a completely new concept to the industry.

The video starts with Diljit visiting an unknown planet in the infinite space, to discover his ‘Luna’, a beautiful woman. But wait! It isn’t actually a woman, it’s a half damaged female robot. It is a completely fresh concept for the Punjabi audience to have the female lead depicted as a robot in a music video.

The earth of the future is shown in the video where cars fly in the air! Diljit turns into a genius scientist in the song, just as he is a genius musician in real life. He fixes the robot to bring it back to life and be happy with his beloved one. While the video is very enjoyable and engaging, it releases a hidden yet beautiful message.

Love is unconditional. It knows no boundaries. When you are in love, it does not matter what the other person looks like, is in what condition or is even living or not! Love has no boundaries, no restrictions, no limits whatsoever. Directed by Ben Griffin, Luna’s video is a fresh concept in the Punjabi Music Industry.

The futuristic world that the video depicted might never turn into a reality but the video’s futuristic approach would surely take the Punjabi Music Industry, one step ahead. It was very daring and challenging for Diljit to have come up with such a video and only the G.O.A.T. could have done it! There’s no surprise.

Listen to the full song with its official music video ehre: 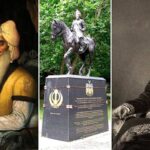 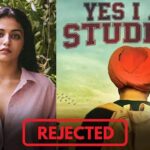