Punjabi singer-actor Gippy Grewal doesn’t shy away from demonstrating his love for his family. One of the few Punjabi superstars to flaunt his kids, posts their photos and videos on his social media. A few years back, Gippy has announced his upcoming film ‘Maa’ on the occasion of his mother’s birthday and as a tribute to his mom. He dedicated this upcoming film to his mother.

Today, the actor shared a huge amount of news related to his film. He shared a poster along with the release date. The poster reveals that ‘Maa’ will be released on Mothers’ Day next year, i.e. on May 6th, 2022.

Talking about the further details, the film, which was in the making before the pandemic, stars Gippy Grewal along with Divya Dutta, Gurpreet Ghuggi, Babbal Rai, Aarushi, and Prince Kanwaljit. It also features Gurpreet Bhangu and Nirmal Rishi in pivotal roles. Further, the story of the film revolves around the beautiful relationship between mother and son. The film is penned by Rana Ranbir and helmed by Baljit Singh Deo  Gippy Grewal has produced this movie under Humble Motion Pictures.

Now, the fans just can’t wait and are very excited to take their mothers on Mother’s Day to show this film. 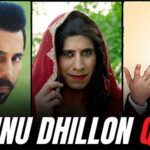 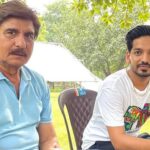