Punjabis are steadily heading to Bollywood and without any question they are ruling the Bollywood industry too. And now is the turn for veteran Punjabi actor Mahabir Bhullar, who is known for amazing roles in Punjabi movies.

Mahabir Bhullar is popularly known for his roles in Punjabi movies like ‘Rocky Mental’, ‘Ashke’, ‘Bambukat’ and more & Hindi movies like ‘Soorma’, ‘Udta Punjab’ and others. And now he is set for another Bollywood venture which will star Pankaj Tripathi along with him.

The same was hinted by Mahabir Bhullar himself through his social media where he shared a picture of him with Pankaj Tripathi and captioned it as ‘Mumbai Calling’. The caption made it more stronger to believe that he is coming up next with a Bollywood venture.

However, no other related details have been made public by any of the artists as if it will be a movie or a web series or something else but whatever it would be, it is sure to be a massive hit as both of them are extreme in the acting field.

Both the actors are amazing if talked about their acting skills and are enough for a project to make it a superhit. Pankaj Tripathi does some unforgettable roles onscreen and this once is already awaited, whereas Mahabir Bhullar’s acting gives us goosebumps as he is so realistic in his acting and when both of these actors act, it is difficult to identify whether these actors are really in the character or are normal as they are.

Whatever the upcoming project is, we already are super excited for this one and for the Punjabi industry it is more special as Mahabir Bhullar is going to make an appearance in a Bollywood project after many years. His successful films from Hindi cinema include ‘Soorma’, ‘Border’, ‘Udta Punjab’ and ‘Ghayal’.

Meanwhile, Pankaj Tripathi’s next release ‘83’ is lined up for its release on 24th December which also stars Ammy Virk and Harrdy Sandhu in pivotal roles. Mahabir Bhullar has many upcoming Punjabi movies in his basket to be shot and to be released. 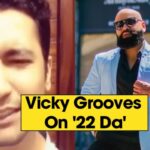 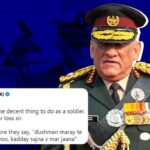