The rebellion step taken by senior Shivsena leader Eknath Shinde has troubled the Udhav Thackeray camp. As of now, a total of 39 Shivsena MLAs have reached the resort in Assam’s Guwahati, in support of Eknath Shinde. Yesterday CM Udhav Thackeray, after his Facebook live, vacated the CM residence and moved back to Matoshri.

A massive gathering of Shivsena workers had surrounded the convoy of Udhav Thackeray, raising slogans against the rebels. On the other hand, despite the majority of MLAs shifting to Guwahati, Shivena MP Sanjay Raut has claimed that 20 rebel MLAs are in touch with Shivsena.

The fight for the government has now turned into a battle for the party. With over 2/3rd of MLAs supporting Eknath Shinde, the anti defection law won’t apply to the rebel MLAs, but Shivsena is claiming that around 15-20 MLAs amongst the 39 present in Guwahati, have been forcefully taken there.

Yesterday one MLA Nitin Deshmukh escaped from Guwahati and came back to Mumbai, claiming that he was forcefully taken to Shinde’s camp and somehow managed to run away. Meanwhile, the NCP and the Congress party have cleared that their support to Shivsena will be intact and they’re ready for the floor test.

On the other hand, after the MLAs, reportedly some MPs of Shivsena are also in touch with Eknath Shinde, which is a serious matter of concern for CM Udhav Thackeray. The BJP leadership this time, is silently playing the game behind the curtains. Former CM Devendra Fadnavis is holding a meeting at his residence in Maharashtra with some senior BJP MLAs.

Some media reports also claim that the Congress and NCP are ready to offer CM post to Eknath Shinde and support the government from outside, in order to stop the BJP from grabbing power in Maharashtra. The entire drama for power has increased the political temperature across the country. In Guwahati, TMC leader Ripun Bora along with the party workers, is protesting against CM Hemanta Biswa Sarma for protecting the Shivsena rebels in Guwahati’s resort. 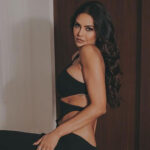