Pukhraj Bhalla, who is son of popular comedian and actor Jaswinder Bhalla has recently announced  a new movie for his fans. Pukhraj took it to his Instagram account, where he has shared a set of pictures to announce the upcoming Punjabi movie ‘Mahi Mera Nikka Jeha’.  The film has kick started with its muhurat shot, which Pukhraj has shared in his recent post.

While no details of the movie are out yet, the clapboard of the movie has revealed the fact that it’s being directed by Satinder Singh Dev and is presented by Ranjiv Singla Productions. The release date of the project is also not disclosed yet. But it’s title has surely made us think about the possible theme and plot of the movie.

Since many details of this upcoming project aren’t available, we can’t make any random guesses, but wait for the team to release more information about the same.

Talking about Pukhraj Bhalla, his movie Haterz is also all set to release on 12th November. And he will also be seen in the upcoming Punjabi movie Jinne Jamme Saare Nikamme which is ready to witness an OTT release on 14th October on Zee5.

It looks like Pukhraj Bhalla is slowly making space for himself in the Industry and he has a lot in his basket to entertain his fans with.

For now, our eyes are equally set on the release of his both movies, and the making of the recently announced ‘Mahi Mera Nikka Jeha’. 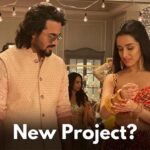 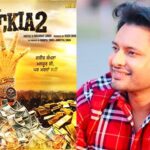