The superhit Guddiyan Patole Jodi is once again set to share screens together in ‘Main Viyah Nahi Karona Tere Naal’. The official trailer of the movie has finally been dropped on Youtube. Gurnam Bhullar plays a Canada-return urban pendu while Sonam Bajwa, a desi babe in the film.

Staying true to the title, the movie revolves around the marriage of Gurnam and Sonam’s character. The boy is interested in having an affair with the girl, but when it comes to marrying her, his reply is plain and simple – Main Viyah Nahi Karona Tere Naal.

This time, Sonam Bajwa has completely stolen the limelight. In the trailer, she not only looks over-the-top stunning but her dialogues, her acting, her expressions, and especially the monologue at the end of the trailer, has made her the star of the show.

As for Gurnam Bhullar, his acting has never been a matter of doubt. His calmness, effortlessness in doing any role always leaves fans in awe and we expect the same from him, as the trailer has already given a glimpse of it. Gurnam Bhullar and Sonam Bajwa are appearing to be a great on-screen pair in the trailer of the movie.

Talking about the storyline of the film, it is all about a Canadian return having an affair with a village girl, but later refusing to marry because ‘She’s not his type’. However, the plot looks a little confusing as Sonam too refuses to marry him at the end of the trailer, wherein the pair can be seen probably eloping.

Overall, the dialogue writing, the direction and the acting performances of both the lead actors are ensuring the fans that they’re looking forward to a much more than love story plot. We hope the movie is as good as the trailer! Find it out in your nearest cinemas on 4 March, 2022. 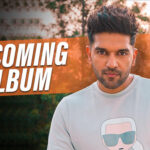 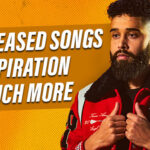