The hottest controversy going on right now is comedian Bharti Singh’s comments made on an episode of The Kapil Sharma Show. She allegedly made some comments about the beard and mustache, which did not go well with the Sikh community.

Punjabi Music Megastar Babbu Maan also lashed out at Bharti Singh in one of his live shows. A video of him calling out Bharti Singh for allegedly making a mockery of Sikhs went viral on social media. Now, Bharti Singh has come out to publicly apologize for the video.

In the video, Bharti Singh clarifies that the comments she made did not refer specifically to any community. She added that she herself is from Amritsar, Punjab and can never dare to disrespect the Punjabi community.

The comedian further added that she was only doing comedy and having a fun time with her friend, nothing more than that. Though she clarified that her comments were not targeted to any community, she apologized if her comments hurt the sentiments of any community.

She uploaded the video on her official Instagram handle. In the caption, she also wrote that she does comedy to make everyone happy, not hurt them and requested everyone to forgive her.

In an episode of The Kapil Sharma Show, actress Jasmin Bhasin was invited as the guest. Bharti Singh was playing her regular character at the show when she compared beards and mustache to ‘Sewaiyaan’. This was what outraged the Sikh community. 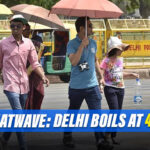 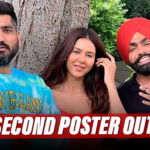