Singer’s Afsana Khan and beau Saajz marriage are facing a lot of hindrances. Recently, a new case has come to light. Fiancé of Punjabi singer and former Bigg Boss 15 contestant Saajz received death threats over a phone call on 19 January 2022.

While enquiry, he told the police that the caller claimed to be gangster Harpreet Singh and threatened to kill him in no time if he laid eyes on his (Saajz) estranged wife Anugrah. Harpreet is reported to be from the Bambiha group.

Further from the news report of Punjab Kesari, it is said that Mohali police have registered a case under Sections 384 (extortion) and 506 (criminal intimidation) of the Indian Penal Code against the unidentified caller based on his mobile phone number. Police further arrested the Patiala resident on the basis of his mobile number. DSP said, “the matter is being investigated as to which gang the accused belongs to.”

Meanwhile, Saajz and Afsana’s wedding plans faced an unexpected roadblock after a woman filed a petition against them in court. The woman claimed to be Saajz’s wife. While embroiling in controversy, it came out that Saajz had deceitfully divorced her. Meanwhile, some pictures of the singer’s first wedding also went viral on social media. It has also been reported that Saajz has a daughter from his first wife. 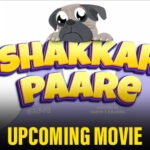 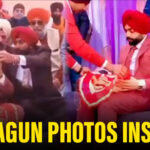