After Shweta memes dominated the internet or a video of a woman trying to kiss her husband during his Zoom call meeting went viral, likewise many videos are surfacing all over the internet.

And now another bizarre incident took place. A person was seen either brushing his teeth or shaving, mostly facing the camera, during the course of virtual proceedings of the Kerala High Court.

ALSO READ | Can You Imagine Attending An Official Court Video Conference Without Clothes On? This Man Did It

Following the surge in Covid cases in the state, the Kerala High Court decided to go online through virtual hearing from Monday and the incident happened before Justice V.G Arun.

It appeared that the judge did not notice the incident but a video of the same was shared across social media.

The man, in the video, was seen walking back and forth in a room that appears to be a washroom and it appeared that he was either shaving his beard or brushing his teeth.

The Internet does not leave an opportunity to make memes or viral the content when they find an interesting enough topic.

Meanwhile, in courts across the country, several such instances were reported. With many lawyers appearing in casual dresses in virtual courtrooms, directions were also issued by courts to ensure a proper dress code. 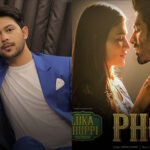 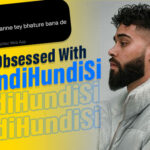