Actor Mandira Bedi’s husband, Raj Kaushal, died on Wednesday morning. Viral Bhayani has confirmed this news on social media, he wrote, ‘We are in absolute shock as #mandirabedihusband ad film maker #rajkaushalpassed away today morning due to a heart attack.

He was all well infact he met with his friends #zaheerkhan #nehadhupiaand #aashishchaudharythis Sunday for lunch. Life is so uncertain, we are really shocked. Have worked with him earlier and one thing everyone will tell you that he was a true gentleman who was known for his work and extremely prompt payments. Our condolences to Mandira and the kids. Om Shanti’

According to the news portal, filmmaker Raj passed away at the age of 49 this morning, around 4:30 AM, due to a heart attack.

Many TV actors and Film actors showed their condolences to the family and grieved on social media.

About Raj Kaushal, he was a writer, director and producer. He piloted three films in his career, Shaadi ka Ladoo, Pyar Mei Kabhie Kabhie and Anthony Kaun Hai. He started his job as a copywriter and then slowly started his own advertising company in 1988. Moreover, he went onto almost over 800 commercials. 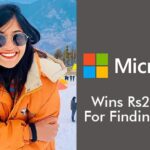 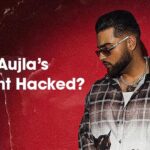