Who isn’t aware of the controversy of Maninder Buttar and Jass Manak. It’s been long but not over yet. We updated you with Jass Manak’s upcoming album which will be releasing on 19th August.

The first song of the album, ‘Yes or NO’ is already out now, but the upcoming looks like nothing smooth. Recently Vadda Grewal shared the poster of Jass Manak’s album, writing ‘Hai Koi Competition’, and Maninder Butter didn’t lose the opportunity to let him and Jass Manak know that he is there. Maninder taking the dig at Grewal’s post, commented, ‘Haige aa!’.

But this is not all for you. Because Maninder commented this not once or twice, but multiple times, because Vadda Grewal was deleting his comments again and again. This looks like a poke on the old controversy of Maninder and Jass Manak, in which Maninder claims with proof that Jass Mank has stolen his song ‘Lehenga’.

Was Himanshi victim of conspiracy?

And now, apart from Maninder himself, his fans are also flooding the comment box by tagging Maninder Buttar in reply to Vadda Grewal’s post asking for any competitions. Though the game of commenting and deleting is still on, Maninder has updated an Instagram story writing, “Thode Bhai Da Comment Delete Kar Jande a” “Haige a”.

This might or might not turn ugly again, but for now, it seems interesting to watch celebs coming in support of Maninder and replying with Jass Manak’s No Competition.

Let us wait and see, who else joins the movement. 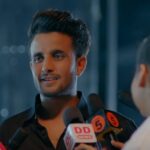 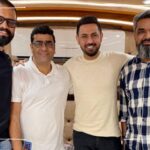