Popular singer and composer Manj Music is known for various superhit and chartbuster songs. While the singer is continuing to win everyone’s hearts with his projects, he has recently announced the debut of his 16 YO son also.

Anoop aka Noopsta will be making his debut in the Punjabi Music Industry. The news is surely good, but is a level higher special for Manj Musik. Manj made the announcement public on the occasion of his birthday.

The popular and much-loved artist took it to his Instagram handle and shares a post announcing the same. In the post, Anoop is seen posing with Tory Lanez and is extremely excited about his first project.

Taking it to Instagram, Manj expressed his feelings in the post’s caption. He stated that the biggest gift he received on his birthday is the announcement of the first mainstream song by his son.

Coming to the project now, Anoop is associated with the upcoming song as its producer. It will be called ‘Take Control’ and will mark the first collaboration of young Anoop with other artists.

Take Control is sung by Eltee and Tory Lanez. For now the release date of this project is not revealed yet, but the fans are excited about it. The singer Eltee also took it to his Instagram handle where he shared the poster of the song.

In the poster, Eltee is seen sitting in a pretty pink shaded place, with the names of Eltee, Noopsta and Tory Lanez featured on it. No more details of the project are revealed in the poster.

Various artists from the Music Industry have showered their wishes and expressed their excitement in the comment section. While Eltee has quoted ‘Coming Soon’ in the caption of his post, Manj Musik has also teased the fans by sharing a sneak peek.

Moreover, talking about the young talent Anoop, he has worked on various other projects in the past also, but Take Control will be his first ever project in the mainstream business. 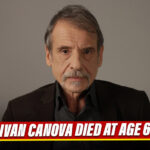 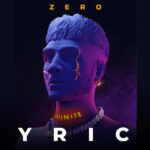