If you are a fast food lover or not you must have heard about McDonald’s for sure. For over 80 years McDonald’s has been selling burgers, fries and other delicious fast food items to its customers. It will not be a surprising fact that most of its consumers still think that McDonald’s is a fast food company only. We are here to break this stereotype that might shock you.

Since its formation in 1940 by Richard and Maurice McDonald, in San Bernardino, California, United States, McDonald’s is famous for its delicious fast food items and everyone thinks that its source of income is limited to the number of burgers it sells. But it’s not true. Apart from being one of the biggest fast food chains of the world, McDonalds is also a brilliant real-estate company. Shocked! So were we.

Also Read: Why Does The United States Of America Hate India’s UPI?

The average rent per McD store amounts to about 22% of average gross profits each year for franchisees. McDonald’s has more than 36,000 locations across more than 100 countries, $30 billion in real estate assets, and annual profits that float around $5 billion, according to company financial disclosures.

Also Read: Here’s Why Popcorns & Snacks Are So Expensive In Cinema Halls!

From New York City’s Times Square to Moscow’s Red Square, McDonald’s owns thousands of iconic pieces of real estate around the globe. Franchisees pay McDonald’s a cut of their fast food sales, but a much larger portion of McDonald’s revenue comes from the rent it’s paid on its real estate. After all we all know nowadays, rents are not cheap, well played McD… 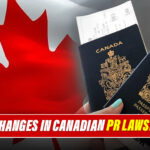 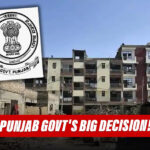