Moosetape season is on and Sidhu Moosewala has arrived after a short break with the 7th track ‘Me And My Girlfriend’ featuring Sara Gurpal and Sidhu’s Cute little Nephew Sahib Partap Singh Sidhu.

There were a number of guesses made regarding the song. The fans believed that Sidhu was going to reveal about his relationship, many believed that it was going to be a love song. But with the original song being out, we finally come to know about it. Sidhu Moosewala’s Girlfriend is none other than a Russian AK rifle.

Sidhu is surely raising the bars high with his latest album. The video has been brilliantly shot by Jashan Nanarh in an Indian village and the shots are all clean, just like Jashan always does. Sara Gurpal, the female lead in the song has an interesting part in the song. She is the personification of Sidhu’s girlfriend, the AK Rifle. She is everywhere with Sidhu, behind his bike, by his side during sleeping, everywhere.

And how can we forget the cute bubble Sahib Partap’s part in the video? The naughty little nephew of Sidhu is just like his uncle, he plays with Sidhu’s gun in the song and gives a moment of stress to Sidhu.

Sidhu Moosewala has again come up with a gun song. But this is a Moosetape song, so it was destined to be different. He never stops blowing our minds. The man has used the term Girlfriend for his gun and beautifully presented his relationship with ‘a gun’ just like it is his Wife. Using terms like ‘Peke’ of the gun for a police station, only one of the best lyricists in the industry can do it so perfectly.

An interesting fact to note is that Tupac Shakur, Sidhu Moosewala’s idol, had released a song titled ‘Me And My Girlfriend’. We all know Sidhu Moosewala considers the rapper his idol and a few days back, he had even uploaded a story on his Instagram showing him reaching the same number of Instagram followers as his idol.

This song is yet another similarity between the American Rapper and our Punjabi industry’s undisputed king. People who are fans of Tupac and are still wobbling their heads to Tupac’s Me And My Girlfriend, here is yet another track by Sidhu Moosewala to make your playlists a little longer. 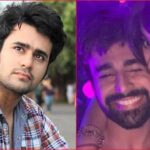 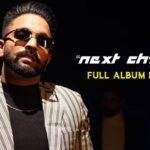