We’ve all danced to the superhit Bollywood track ‘Tamma Tamma Loge’. It is one of those songs that connects generations. Be it the older generation or the younger, it makes all of us move and get on the dance floor. Released in 1990, we heard the song ‘Tamma Tamma’ for the first time in Madhuri Dixit and Sanjay Dutt starrer ‘Thanedaar’. If that wasn’t enough, the song got remade as ‘Tamma Tamma Again’ in Alia Bhatt and Varun Dhawan starrer Badrinath Ki Dulhania. Both the songs ruled over their respective generations but we failed to recognize the original song that inspired both of these.

The inspiration of Tamma Tamma Loge runs back to 1988. A song called ‘Tama’ released in French, sung by Guinean singer Mori Kanté is said to have inspired the Bollywood tracks. Even the public has noticed striking similarities between both the songs and especially their hook lines. You need to hear both the songs yourself to get an idea of what we are talking about.

Here is the Bollywood Tamma Tamma Loge from Thanedaar:

This is the Guinean song, said to be the inspiration of the other two:

The speculations are drawn only on the basis of the public’s observation. The Indian audience never lets minor details go unnoticed and as such, it is obvious for them to notice striking similarities between two different songs. It isn’t actually the first time Bollywood has been blamed for copying international tracks. What matters for us is that Tamma Tamma has given us infinite memories and made our celebrations special! Copied or not, it will always keep us fetching to the floors and moving our bodies. 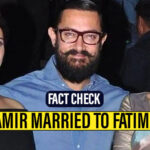 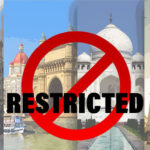