She wrote that the PM should ban social media platforms like Instagram and Facebook and OTT platforms like Netflix, just like he banned Tik Tok, in Punjab to save the Punjabi culture. She went on to add that it burns Punjabi people to see their women on social media. She ended the message with a request to Narendra Modi to review her request.

The story was probably a jab at the criticism the social media personality had to face after Simiran Kaur Dhadli’s recent song ‘Lahu Di Awaaz’. She was one of the opposers of the song and even shared many posts on her Instagram account to show disappointment with Simiran Kaur Dhadli’s song.

Meetii Kalher is also a content creator at Youtube. She runs a channel with over 71.5k subscribers and makes content related to weight control, vlogs from her life, music videos and comparisons among various adult websites such as Onlyfans and Fansly. She is also an active user of the adult site Onlyfans.

Simiran Kaur Dhadli’s song ‘Lahu Di Awaaz’ took a dig at such models and actresses. The song used words like ‘fake feminists’ to describe them. It was followed by a different opinion that criticised the artist’s ideology and the song’s lyrics. The rift has created a huge drama on social media and Simiran has even announced the second part of the song now! 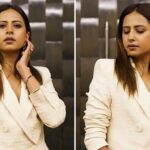 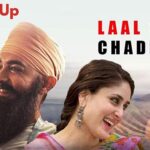