Jagdeep Sidhu is a Punjabi director who is known for his excellent skills of directing emotions on screen. And now the director has finally hit the silver screens with his latest Punjabi film Moh. It stars Sargun Mehta and Gitaz Bindrakhia in the leading roles. The duo of Jaani and B Praak has given lyrics and music to the film’s playlist and background score. And all this sounds super fascinating. In this Moh movie review, you will get to know all about the film’s story, songs, performances, direction and dialogues too.

Jagdeep Sidhu has impressed the critics and audience with his various movies like Qismat, Sufna, Qismat 2 and Lekh. Hence, fans have super high expectations from Moh as well. But is the film doing justice to our high hopes? Let’s find out in this Moh movie review.

Moh, of course, is a film that narrates a love story. But it’s not the every other you see in movies and around you. But the love story of Rabby and Gorey is soulful and full of tragedies.

Gitaz plays Rabby, a young boy who falls in love with a girl who is older than him. And as this love story steps ahead, some really tragic incidents happen and make the overall story turn heart wrenching yet soulful.

We wish we could reveal more about the film and its characters, but it will spoil the charm for you. We keep our reviews spoiler free, hence all we can say here is Moh is about the love story of two souls which is beyond the understanding of the society.

Also, not only a love story, but a strong bond of friendship, and betrayal from a close one are also two important aspects of the film’s story.

Moh stars Sargun Mehta and Gitaz Bindrakhia in the leading roles. While Gitaz has marked his acting debut brilliantly with this project, Sargun has always been a favorite of Jagdeep Sidhu as they have worked together in Qismat and Qismat 2 also.

We don’t really think anyone can even raise a doubt on the performance of Sargun Mehta. She is such a brilliant actor and this has been proved in most of her movies. Similarly, in Moh also, the actress has left no chance for the audience to complain. We can say this was the most challenging role till now in the filmography of Sargun Mehta, and she aced it like a queen. From her body language to dialogue delivery, speechless expressions and especially her act in the climax, our hats are down for the performance of Sargun.

On the other hand, the debutant Gitaz Bindrakhia surprisingly and perfectly matched the vibe of the film and its theme. It is difficult to say that Gitaz has not acted in any movie before. Anyone who doubts the caliber of Gitaz can watch the film to burst the bubble of their low expectations.

The young man was so beautiful in every shade and phase of his character. From playing a young age lover to an alcoholic man, Gitaz’s act was pinpoint perfect to impress everyone.

Apart from these two actors in the lead, we are also all praises for Amrit Amby who played the role of Rana. He is the role of Gitaz’s best friend in the friend made sure that Moh doesn’t only remain a love story. His character’s screen space was obviously less compared to the leads, but he successfully left a mark with his performance in the given time.

Every movie is incomplete without the share of music in it. And especially when we are talking about Moh, its music has been given by our favorite musical duo; Jaani & B Praak.

It won’t be wrong if we say, Jaani & B Praak knows the magic spells to add more charisma to any story. And the same happened with Moh also. The film is a musical bliss, and more than its music, we fell for its lyrics this time.

We felt the song in the film was good enough but the playlist overall didn’t seem too OTT, but we are glad that they were placed well in the film. And if we talk about the lyrics separately, it was good and heart-winning. And the background score also was extremely outstanding to add more to our overall experience.

In this Moh movie review, we are now heading towards the dialogues of the film. While we usually review the dialogues in the writing section of various films, Moh’s dialogues deserve individual mention and appreciation.

There are many dialogues in the film which will hit you hard. And we can bet you too will fall hard for the Urdu dialogues. Urdu has been considered as the best combination with any love story, and this film has used this secret trick to make the film even more precious.

Also, a special mention for the writings of Jaun Elia & Shiv Kumar Batalvi which were exceptionally used in the film’s dialogues. And as we praise the writings, Jaani also deserves applause. The film ends with a beautiful shayari by Jaani and it is something to die for.

The story of Moh is written by Shiv Tarsem Singh and Govind Singh. It was their thought, their desire, and their manifestation to finally transform this emotional story into a film. They not only succeeded in convincing Jagdeep Sidhu but also impressing the audience inside cinema halls.

It’s difficult to praise the story of Moh in a word or two, but it’s an emotional treat and a treasure love story.

Now talking about Jagdeep Sidhu, the man has proved his worth in his various projects. And he had added Moh in the list of brilliant movies directed by him. In the film’s overall experience, it felt slow at various moments only to leave us convinced by the climax and the ending. Lastly, we can say, no director other than Jagdeep Sidhu could have done justice to this tragic love story.

Overall, Moh, as expected, is a signature style movie of Jagdeep Sidhu. The only difference remains it might not entertain you with hell loads of comedy and masala drama. It has emotions which are brilliantly distributed from the beginning to the end. PS: The climax of the film is something you cannot afford to miss. Moh is a surreal and satisfying experience for everyone who craves to watch genuine and pure emotions on silver screens. We would have happily given Moh a 5 star rating, but its slow screenplay has made us  subtract a star.

We believe we have covered the maximum aspects of the film in this Moh movie review, and we hope this turns out helpful to you. By now, you must have made up your mind about watching the film, and we must conclude this review by stating Moh is a typical Jagdeep Sidhu Film. It has a beautiful story, elegant dialogues and some brilliant performances. If you are someone who adores emotional drama and can bear with a slow screenplay, Moh undoubtedly is a must watch for you.

Watch the trailer of Moh here; 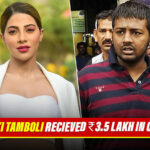 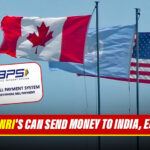