Monkeypox is a rare, usually mild infection, typically caught from infected wild animals in parts of Africa. It was first discovered in 1958 in monkeys kept for research – hence the name – with the first human case recorded in 1970, according to the CDC. The disease is a relative of smallpox, causing a rash that often begins on the face, according to the UK’s NHS website. Transmission between humans mostly occurs through large respiratory droplets. As droplets cannot travel far, prolonged face-to-face contact is needed. The virus can also enter the body through bodily fluids, lesion material, or indirect contact with lesion material.

Symptoms include fever, headache, muscle aches, backache, swollen lymph nodes, chills and exhaustion. A rash typically develops. This often begins on the face, and then spreads to other parts of the body including the genitals.  Of note, the recently detected cases among MSM have reported a preponderance of lesions in the genital area. The rash goes through different stages, and can look like chickenpox or syphilis, before finally forming a scab, which later falls off. The difference in appearance from chickenpox or syphilis is the uniform evolution of the lesions. The incubation period is typically 6 to 16 days but can be up to 21. When the scab falls off a person is no longer infectious.

Outbreaks as per WHO:

Since 1970, human cases of monkeypox have been reported in 11 African countries – Benin, Cameroon, the Central African Republic, the Democratic Republic of the Congo, Gabon, Cote d’Ivoire, Liberia, Nigeria, the Republic of the Congo, Sierra Leone, and South Sudan. The true burden of monkeypox is not known. For example, in 1996–97, an outbreak was reported in the Democratic Republic of the Congo with a lower case fatality ratio and a higher attack rate than usual. A concurrent outbreak of chickenpox (caused by the varicella virus, which is not an orthoopoxvirus) and monkeypox was found which could explain real or apparent changes in transmission dynamics in this case. Since 2017, Nigeria has experienced a large outbreak, with over 500 suspected cases and over 200 confirmed cases and a case fatality ratio of approximately 3%. Cases continue to be reported until today. As of now, UK, Europe, US, Canada and now even Australia reports a fresh case of Monkeypox just a few hours back.

After the Covid-19 crisis, the WHO is at a high alert for any such disease. The nature of this disease is weird and it’s dangerous, which is a now matter of concern for WHO as well as the people across the globe. 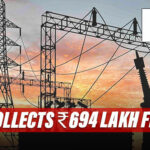 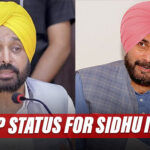