Punjabi artist Diljit Dosanjh who is equally loved for both his acting and singing. Last year he was recognized for his mind-blowing album G.O.A.T aka Greatest Of all Time. Now again the singer is all set to break the records with his new album.

Yes, you heard it right. Finally, Diljit Dosanjh is coming up with his album ‘Moon Child Era’. He dropped this news on social media. Further, he shared a poster of a hand and moon and announced the name of the new album, along with a text, it’s a New Era.. It’s a MOON CHILD ERA..BRAND NEW ALBUM Hey Alexa – Are You Ready For#MoonChildEra

Check out the poster here:

Though no further information has been shared, this very post is enough to arouse a buzz. Perhaps it seems that the songster has completed the album and will be conveying more updates along the line.

Meanwhile, on the cinematic front, Diljit Dosanjh has many movies lined up to release. ‘Honsla Rakh’, which stars Diljit Dosanjh, Sonam Bajwa, Shehnaaz Gill, and Shinda Grewal in the lead roles. Besides, he has ‘Jodi’, featuring him and Nimrat Khaira. 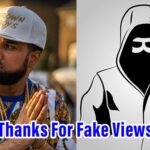 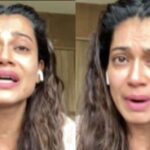