Finally! The day has come. Sidhu Moosewala is not letting his debut film go a waste. Moosa Jatt has finally acquired the Certification from the Censor Board of Film Certification. The film will be released in India on 8 October 2021. Sidhu fans couldn’t have had a happier day than this!

The audience was very excited about Sidhu Moosewala and Sweetaj Brar starrer Moosa Jatt the day it was announced, because it wasn’t just a normal film. It was a film that would mark the film industry debut of probably one of the biggest stars Punjabi Music Industry has ever seen. The songs were released, the official trailer was released, everything was completely set up. The team and the audience were gearing up for 1 October, 2021 to finally arrive when the film would make its worldwide theatrical release but the censor hoard had different plans.

Sidhu Moosewala’s Moosa Jatt Will Soon Be Available Online On Chaupal. Details Inside

The film faced a censor from the Censor Board of Film Certification which barred it from releasing in India on the scheduled date. The audience were struck with grief as they saw their excitement of watching Sidhu act go in vain. Blames were put and statements were made regarding the Moosa Jatt team and Sidhu himself. Finally the team decided to release the movie as scheduled in the rest of the world and fought the legal battle in India. On the other hand, it was announced that the film will be released on the Punjabi OTT platform, Chaupal.

And it appears that the Moosa Jatt team has been successful in the battle. The film has been shown the green light by the censor board and given the much awaited certification to release in India. The producer of the movie, Rrupaali shared an Instagram post to announce the happiest news of the hour. Moosa Jatt is finally released! Book the date already, 8 October, 2021. 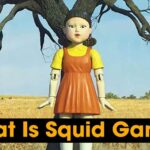 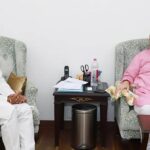