It seems like a section of the internet is not very happy and excited to see Raqesh Bapat and Neha Bhasin’s wild card entries into the Bigg Boss 15 house. Not just Bigg Boss fans but former contestant Moose Jattana who doesn’t share a positive bond with Neha Bhasin also took to her social media and shared her disappointment towards her entry. Moreover, recently she has again shared some views on the singer and shared a lot about her. Moose said she came in the house to cleanse herself but she won’t be successful because she is not good at heart.

In another story, she speaks of her bond with Partik, where Neha earlier said that Partik’s family was against her in fact people outside also trolled her. To this Moose says if Neha and Pratik are not in a relationship then why is she getting possessive of Pratik. And what she shared next led Moose Jattana to be blocked from Neha Bhasin’s instagram account. As Moose says ‘Feminism and supporting women doesn’t mean women are perfect. If she has committed to a marriage, a man and then ridiculed that commitment on national television- I WILL SHIT ON HER FOR IT!’

At the end she also revealed the reason why she didn’t go to Bigg Boss 15. Moose says she was not invited for the show and her image was fine when she came out from BB OTT. ‘I did well. Neha ko tab bhi bachaya’. She added and said Neha has gone to white wash her image but she will only be successful  when she becomes mature, otherwise everything will remain the same as it is now.

She concluded the thread and said Neha is very judgmental, especially for people like her. Also she must apologise for slut shaming and victim blaming, she did about her.

Speaking of Neha Bhasin and Moose Jattana, both of them didn’t share a great bond during the show. 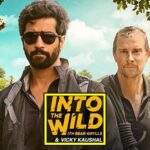