Moose Jattana was seen in the first ever season of Bigg Boss OTT and since then she is in the headlines for something or the other related to the ongoing Bigg Boss 15. But now the yet another amazing news for the Moose Jattana lovers is getting viral. It is of her wild card entry in BB 15.

Reportedly, The Non-VIP members, Pratik Sehajpal, Rajiv Adatia, Shamita Shetty, Neha Bhasin, Simba Nagpal, of Bigg Boss house will be evicted soon and the new wild card contestants will be seen making entries and the reason being that the show is getting a low TRP now. So the makers are probably planning for a surprise with an amazing yet exciting twist for the Bigg Boss fans.

The former BB OTT contestant Moose Jattana and the ex-contestants of the ongoing Season 15, Donal Bisht and Akasa Singh are the probable names at the top of the wild contestants list and if the rumors are to be believed then they are the confirmed ones. Only the official announcement will make the rumors strong. Even Moose shared a story of a news of her wild card entry in the show.

Moose Jattana is no doubt, a continuous viewer of Bigg Boss 15 as many times she was seen making quirky comments on the in-house contestants and also is quite often seen supporting her OTT friends, Nishant Bhat and Pratik Sehajpal.

It will be fun to see Moose Jattana again in the Bigg Boss and now in season 15. She has been quite controversial in the show previously because of her remarks on the co-contenders. Whereas, Donal Bisht was an instant eviction from BB 15 house after the house members decided to evict two contestants, one Donal and another Vidhi Pandya.

Meanwhile, Afsana Khan was out of the Bigg Boss house recently because of the self-harm she tried to do with a knife. And now if Moose Jattana enters the house as a wild card contestant it will be super fun to watch out for her and obviously his best buddy, Nishant Bhat’s reaction. Let us just now wait for an official announcement. 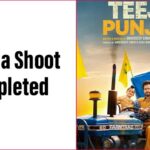 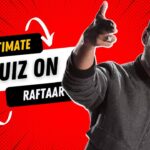