As per the media reports, Jaskaran Singh has told the police officials that he was a friend of former student leader Gurlal Brar, cousin of gangster Goldy Brar, and he came in contact with Goldy Brar through Gurlal. Gangster Goldy Brar is the one who had taken the responsibility for Moose Wala’s murder. Reportedly, Brar is in Canada.

Renowned Punjabi singer Sidhu Moose Wala was brutally shot dead on May 29, after which gangster Goldy Brar and Lawrence Bishnoi came into the picture. Though now gangster Bishnoi is in the custody of Punjab police where he is being questioned in Moose Wala case and reportedly, he has even accepted that he was involved in masterminding the murder of Moose Wala.

The Punjab police’s is actively Investigating the case and a lot of suspects and accused have been arrested till now. Moose Wala’s murder was a shock for his fans from across the globe. 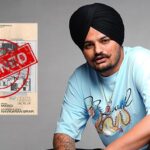