With a major development in the murder case of renowned Punjabi singer Sidhu Moose Wala, the Punjab police brought gangster Lawrence Bishnoi to Punjab and produced him before a court in Mansa early morning on Wednesday. Yesterday, a Delhi court permitted Punjab police to arrest him.

As per the media reports, Bishnoi was produced before a court in Mansa at 4:40 AM. Bishnoi was brought by a bulletproof car, along with a dozen of security vehicles and 50 police personnel. After his medical checkup, Punjab police took him to Mohali for interrogation. The AGTF (Anti Gangster Task Force) and STF (Special Task Force) will be interrogating Bishnoi is Moose Wala murder case.

As per the media reports, the entire route from where gangster Bishnoi was taken to Punjab, was videographed and heavy police force was deployed across it.

In a series of Tweets posted by news agency ANI, it quoted:

He will be presented before Chief Judicial Magistrate in Mansa court in connection with Sidhu Moose Wala murder case today.”

Though yesterday, in a Delhi court, Bishnoi’s advocate Vishal Chopra opposed the demand of Punjab police to take Bishnoi to Punjab, apprehending a fake encounter. Moose Wala was brutally killed on May 29, after which, Canada based gangster Goldy Brar claimed responsibility of his murder on a social media platform, writing that “he and Lawrence Bishnoi group was behind the murder”.

Now the Punjab police, for the first time in the case, will interrogate gangster Lawrence Bishnoi in his 7-day custody. 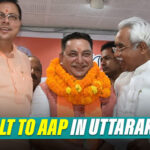 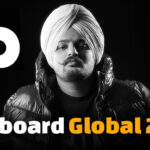