Content creation is a world where You look beyond the believable. You make your imagination come true through your art. Quality Content is nothing but the creator’s imagination brought in front of the world in materialistic form.

9flawz, an Instagram and youtube artist does not leave any stones unturned in breaking every imagination barrier through his latest Moosetape X Avengers Endgame art. You can imagine the most ridiculous yet out-of-this-world things and 9flawz has just made it a reality through this art. He presents the artists being featured in Sidhu Moosewala’s latest album, Moosetape in the MCU universe’s creation, Avengers Endgame.

Let’s take a look at Moosetape artists featuring in one of the highest-grossing films of all time :

The English Rapper aiding Sidhu Moosewala in the song IDGAF, has transformed into the God Of Thunder, Thor. One throws hammers to annihilate his opponents, the other spits words, so you see the similarity there.

This edit is one of the most perfect one of them all. Mist, along with being a fierce rapper, has a body built of a beast. And who fits into the word beast better than Hulk. Mist is going to be a destructive feature in Moosetape, just like Hulk in the Avengers squad.

This comparison is unquestionable. Sonam Bajwa recently featured in the song Brown Shortie and looked completely like the Avengers beauty Black Widow. The edit doesn’t even seem like an edit, it is just real.

Kiddz-eye (The Kidd as Hawk-eye)

The Kidd has so far been killing the music on the album. The similarity is surely striking. The Kidd has been hitting the bulls-eye and hasn’t missed any target just like the master archer Hawk-eye.

The North London rapper, Tion Wayne, has been given the top spot of Iron Man by 9flawz. Few characters register themselves in the history of cinema and Iron man is surely one of them. We hope ‘Celebrity Killer’ will surely help Tion register himself in the hearts of Punjabis.

Steel Banglez is going to lend his music to various tracks on the Moosetape. His contribution to Moosetape is no less than Vision’s to Avengers. A smarter-than-human machine to strengthen the squad, Steel Banglez music also adds the same ‘Vision’ to Moosetape.

Who else can be Captain America then The Main Man Sidhu Moosewala himself? The leader of the lot, is the Indian version of the American Captain. You might have seen the ‘pagg waala Drake’, Sidhu turns ‘pagg wala captain’ in this edit.

The content is out-of-this-world. The idea in itself is so intriguing to present Moosetape artists as the characters of the vast MCU.

To see more of such brilliant and quality content, all of you need to hit the follow button for the creator 9flawz. The name might have a ‘flaw’ in it, but his art is not flawed by any chance.

All graphics and content ideas of this article are of 9flawz and it is for entertainment purpose, not to hurt anyone’s sentiments. 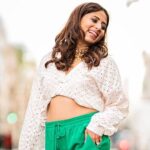 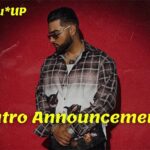