Sidhu Moose Wala may not be among us anymore but his fans are still waiting for his unreleased tracks to come out. As we already know, before his demise, Sidhu has worked with a number of international talents including Burna Boy.

Punjabi music lovers and especially Sidhu’s fans are marking the time of the release of the collaboration track of Sidhu and Burna Boy. Well, if you are one of the waitpersons then we got some good news for you. Steel Banglez has announced that ‘Rebirth’, his collaborative track with Sidhu and Burnaboy, is not too far away from its release.

Also Read: THIS Punjabi Musician Is The Man Behind Brahmastra’s Banger Soundtrack

British music producer Steel Banglez announced in one of his live concerts that his collaboration with Sidhu Moosewala and Burnaboy is all set to be dropped in about two weeks.

Previously in October 2022, Steel Banglez announced that the same collaboration track will be dropped in November 2022. However, due to some reasons, the release of the song got postponed.

For the unversed, Burna Boy is a Nigerian pop singer and a genius of afrobeats. He also won the Grammy Award for his Album “Twice As Tall” in the ‘Best Global Music Album’ category in 2021. In 2019, one of his albums “African Giant” was nominated in the same category at the Grammy.

Also Read: Sidhu Moosewala’s Finished & Unfinished Projects He Left Behind For Us

So now you know why ‘Rebirth’ is such a special track for the Punjabi music industry. After getting delayed multiple times last year, we are finally getting the chance to listen to it, courtesy Steel Banglez, Burna Boy and the legend Sidhu Moose Wala. 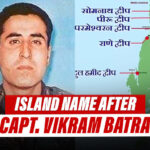 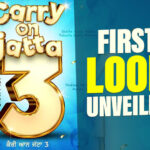