One of the most beautiful urban North Indian cities is Chandigarh. It is described by neat roads, pruned lawns, plentiful greenery, well-maintained infrastructure, and great weather. All these reasons make it the best destination for living.

But, are you aware of the fact that the humans in the city also share territory with other-worldly creatures? Below, we bring you some of the most haunted places in Punjab’s dignity, Chandigarh. Whether you believe in ghosts or not, this post about haunted places in Chandigarh will keep you stuck to itself and make you scroll till the end.

Cremation grounds and graveyards are considered as the scariest places. As these grounds are the favorite places of spirits, ghosts, evil witches etc. One of the fearful cremation grounds is in Sector 25, Chandigarh. Many terrifying clashes with other-worldly spirits have been recounted by unfamiliar people. Even the people nearby say it is a haunted place. This area is not that developed like other areas of Chandigarh. If you think that there’s no ghost then you must visit this place and we bet you will turn into a ghost believer.

There is a house in Sector 16, where no one lives as it is supposed to be the most haunted house in Chandigarh. Due to the unwanted activities in the house, no one thinks that it’s normal. Even people have noticed ambiguous noises and Paranormal Activity. It is noted that a few years back a student has committed suicide and since then he house becomes haunted. Many people have noticed the ghoul of the boy but are still unable to find the mystery of the house.

If you are planning to stay in the guesthouse at Chandigarh Railway station, avoid boarding in the haunted room. It seems that there is a spirit that lurks around in one of the rooms of the guesthouse. As there is some eerie spirit who peeps inside the washroom especially when someone is taking shower. This guesthouse is located in Manimajra. Moreover, Witnesses have claimed that a certain tomism ghost haunts the room. Many guests who stayed there complained the same.

What will be your reaction, if you see the headless spirit make a surprise appearance in the middle of the night by the windows of drowsy residents? Yes, you will be frightened. The same happens with the students of Savitri Bai Phule Hostel at Panjab University when they see the spirit of a girl without a head. It is not the regular hostel, but a full-fledged haunted place. Many years ago, a girl had committed suicide in the hostel and since then it becomes a haunted hostel. A number of the students have moved toward the hostel authorities for the same but still, the mystery behind this is unsolved.

We all have seen a white saree ghost on Television, but never seen white apron ghost. 23 years ago a girl died in a road accident, who was practicing medicine. The accident took place close to General Hospital, Sector 16. Many people have witnessed her wearing a white doctor apron and holding a light lamp. Within a few seconds, the girl holding the lamp fades away like anything. Doesn’t it look like a horror film story? Yet, it’s real. The report says that the girl was hit by a speeding truck. So, this bridge located on Madhya Marg which is close to Sector 16 hospital, is another spooky haunted place in Chandigarh.

A graveyard is nonetheless a haunted place. The one which is located on the outskirts of Chandigarh-Kasauli road. It is considered to be another horrid place near Chandigarh. Many people have felt a different kind of negative energy while passing by this graveyard. Youngsters often go here during day time but it is said that it actually needs a lot of strength to pass through this area during the night. Many have endeavored going there at night but the mystery remains spotless.

One of the lost recognized hospitals of North India has some mystery tales. The reputed medical college of Chandigarh has a bad name for stocking aborted fetuses. As the hospital has to confront many deaths of the patients, some patients also cry for the negative energies around them.  One such horrific incident was when a large number of aborted fetuses kept in jars in a laboratory were found to have shifted without any human indulgence. This unnatural happening is common in the daylight also.

The one who studies at Panjab University must be aware that the trees near the Law Department and the Botanical Garden in the University campus are said to be worried. Bats flying in and out of the trees are a common sighting and some midnight owls even report seeing illusions post-midnight. Many people feel uncomfortable while passing through these areas. SPOOKY, isn’t it?

There is a Sati temple in sector 39, which is constructed for the woman who became Sati on her husband’s funeral conflagration. But many tales say, the spirit of a Sati woman still haunts this temple. It is believed that people who pray here and bow down in front of the temple get enclosed by the spirit of Sati Woman.

23 Punjabi Movies That Are Remakes Of Other Language Movies

So, if you are living in this city and are in the situation to do something bold, here are 10 haunted places in Chandigarh that you can visit to experience the paranormal. 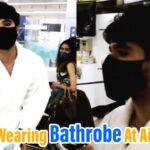 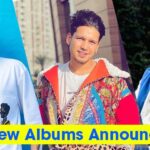