People have lots of stories about most haunted places in Punjab. Punjab and its people have a number of stories to showcase their courage and bravery. These ghosty locations are something that can make anyone shiver, no matter how courageous or brave you are.

Ghosts are a theoretical concept as there is no scientific evidence that can prove its existence. But there are a plethora of people who witnessed un-explanatory incidents that they are bound to divert towards the reality of supernatural power. If we specifically talk about Punjab, there are some locations that are believed to be haunted. And today we have prepared this list of Top 10 haunted locations in Punjab.

But before you decide you showcase your courage, we must say that you must not visit these top 10 haunted locations alone.

It is a village of district Bathinda. Many years ago, something happened that has no other explanation. There is a story, which says a watering well had been constructed by Jinn. This village had been founded by Bhai Bhagta and the villagers named it after him. Once upon a time a government official approached Bhai Bhagta to get some cure for his daughter, she was possessed by jinn, Bhai Bhagta helped her and in return, the officer promised to offer bricks for the construction of a well in the village, but he was unable to transport it on the construction site. Bhai Bhagta ordered the jinn to transport the bricks to the location. Villagers witnessed not only the transmission of bricks but the construction of well as well and that too in just one night. It is one of the most haunted places in Punjab.

It has been a renowned college and hospital for many years. But there are few stories roving around that claim a section of it is haunted. As per popular saying in the earlier years, the hospital has conducted many abortions and preserved the foetuses in jars. And various patients have confessed that they have felt or experienced some supernatural energy around them.

It is known to be a jinxed track since October 19, 2018. On the day of Dassehra, a Hindu festival, people had been gathered in a large number in an open ground near tracks to celebrate it and the Ravana Immolation program was going on, the spectators were so engaged in jollification that they didn’t realise or feel the train approaching towards them and they failed to hear train’s siren due to loud noise of crackers and fireworks. Resultantly, the train crushed many people from the audience. In this incident 62 deaths had been reported. As per the rumours, locals of the area still hear screams asking them for help and knocking on their doors.

It used to be a post marten room during the time of the British invasion. British officers use the building to carry out post martens of the offenders who had been noosed. There was a hospital of that time, on the backside of the building which is working in present days also, hospital authorities also sent their dead patients over there for autopsy. Although this building has been renovated and converted into a telephone exchange, it still has some of the pre-existing elements, specifically red glassed windows which give it a scary vibe. Present railway staff working there have felt the presence of negative energy around them but it hasn’t caused any harm to anybody yet.

As per the sources, there is a house in Talwandi sabo. The owner of that house got possessed. Consequently, he first killed his wife, followed by his children and then committed suicide. Many people tried to take over this abandoned property, namely ‘budda dal’, an armed Sikh warrior, known for bravery and ruthlessness on the battlefield. The group had to leave that place overnight. Police offices also tried to make their temporary office over there but were unable to succeed, and many more failed in the same manner. To this date, no one acquired that property and it is barren. It is hard to say whether this incident is real or just a tittle-tattle as locals go in both directions. This house is one of the most haunted places in Punjab as per public opinion.

We always heard and saw that most of the time humans work in groups to excel in their task but in Phillaur even ghosts also prefer to work collectively. As the story states, a few ghosts attacked a house and captivated it. The family of 9 members had no other option but to lock themselves in a temple. This family had witnessed some supernatural activities like iron, water cooler, kitchen utensils floating in the air and falling outside the house.

This area comes in the district Hoshiarpur, its old famous peepal tree near railway tracks is said to have some negative energy. As per the locals, many years ago two women died in a road accident at that place and nobody cremated the bodies. Hence, their souls occupied that nearby tree. Various commuters have felt their presence during night time. Many people have experienced or felt something weird; therefore the Sikh followers hold special service at that location. Apart from that, there is a myth in India that Peepal trees are the most haunted locations

A ticket reservation room of Ludhiana junction’s railway station has some spooky affairs and is said to be a haunted room. In 2004, Subhash, a former computer reservation officer, died mysteriously in his room. He was a diligent employee so he didn’t like his work being assigned to any other staff member, even though he never took any holiday from his work. People believe that his studiousness hasn’t left him all these years even after his death. Rumours say that after he died no other employee was able to work peacefully in that room and at last the department had to shut that room forever.

There is an old building sustaining itself for many years, it exists even before the partition and being used by army headquarters. It received some restoration and currently, it houses the home guards office on its ground floor. But many parts of it have been declared unsafe, specifically, the first floor and workers are not allowed to go over there. The name of Bhoot Bangla is enough to create fear in our mind and there are various reasons which make this one of the most haunted places in Punjab.

Most of the university hostel and campus have been constructed in such a way that they deliver a spooky vibe, especially at night. Here, we are talking about the PU, in its campus, many paranormal activities have been witnessed in many different locations. Its law department and botanical garden are called to be the haunted ones; many claimed that they had seen headless bodies wandering there at night. This is the last name in our list of most haunted places in Punjab.

The article has been written by collecting information from several sources including Google. We have no intention to defame any of the aforementioned locations. These are the stories which are being nomadic around from one city to another. 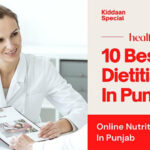 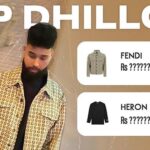