We saw many songs topping International charts and the world talking about them. 2021 came as a blessing for the Punjabi Music Industry.

Released in September by lyricist and vocalist, Simiran Kaur Dhadli, Lahu Di Awaaz was not only the most controversial song of 2021, but also the most talked about one. When the song was released, it became an instant hit and people were talking about it everywhere due to the theme of the song.

This was another song that was all around the world when it was released. Topping International charts became a new common for this song. However, this wasn’t the major reason why it was the most talked about song of the year. Sidhu Moosewala spit absolute facts in the song which became a huge reason behind its immense success.

Another song from Sidhu Moosewala’s album Moosetape. Bitch I’m back was bound to become one of the most talked-about songs of the year 2021 because of the hype that was attached to its name. Not only it marked the opening of Sidhu’s album Moosetape but it was also Sidhu’s comeback in the industry after a long gap of months!

The whole industry stopped for a moment when Amrinder Gill, out of nowhere, announced his next music album, Judaa 3 through social media. It was after a long span of 7 years that the king was to make his return! Judaa 3 opened with Chal Jindiye and we all realised, 7 years had passed but Amrinder Gill will always be the same.

It was the sequel to the 2020 song, Kisaan Anthem, dedicated to struggles of the farmers at the Delhi Protest. Written by Shree Brar, it featured various artists including Jass Bajwa, Mankirt Aulakh, Afsana Khan, Happy Raikoti, Nishawn Bhullar, Shipra Goyal and many other prominent faces of the industry.

It was the opening track of the most awaited album of the year, Moonchild Era by Diljit Dosanjh. From Punjabi artists to Bollywood stars, everyone became a fan of this song and it became a permanent song in everyone’s playlists. Vicky Kaushal, Deepika Padukone, Ranveer Singh and various other Bollywood celebrities were seen vibing to the song.

We know you’re not surprised to see this song on the list. Easily one the most talked about songs of the year, Bijlee Bijlee by Harrdy Sandhu was trending everywhere. You scroll through Instagram for a few minutes, you’ll realize why the song is on the list. In a month, it has passed 162 million views on Youtube.

AP Dhillon, Gurinder Gill & Shinda Kahlon opened 2021 with the song ‘Insane’ and when ‘Brown Munde’ planned to release a song, it’s already a guaranteed hit. But Insane went to a whole different level! The song has about 50 Million total streams on Spotify, making it the most streamed Punjabi song of the year. How could it not be on this list?

Simply the most trending romantic songs of 2021. Grewal and Pathania came off as a surprise with Distance Love and the song led to their immediate success! Everyone was addicted to this song and we all spent hours feeling this beautiful melodious song.

These were some of the most talked about songs of the year 2021. Some went viral because of their content, some ruled over Instagram reels and some ruled International Top Music Charts. 2021 was a blessing in disguise for the industry. While the already greats of the industry made the year special, the newcomers played the role of cherry on top. 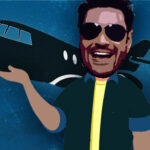 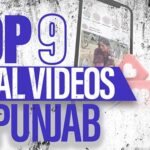