During the hearing of a case where the accused man was threatening the woman and the family of a man with whom her marriage was fixed, resulting in the cancellation of the marriage.

The MP High Court has observed that live-in relationships are giving rise to sexual offences and promoting promiscuity as it rejected the anticipatory bail of a 25-year-old man who was accused of raping a woman. He was in a live-in relationship with the complainant woman who underwent two forced abortions.

Justice Subodh Abhyankar of the Indore bench of the high court said:

“Taking note of the spurt of such offences in recent times arising out of live-in relationships, this court is forced to observe that the bane of live-in-relationship is a by-product of Constitutional guarantee as provided under Art. 21, engulfing the ethos of Indian society, and promoting lascivious behaviour, giving further rise to sexual offences,” the bench observed.

“Those who wanted to exploit this freedom are quick to embrace it, but are totally ignorant that it has its own limitations, and does not confer any right on any of the partners to such relationship,” the court said.

In a judgment earlier, Justice Subodh Abhyankar-led bench had said unmarried girls do not indulge in carnal activities with a boy just for fun, unless she is promised marriage by the boy. “…barring some exceptions…it has not yet reached such level (advance or lower) of civilization where unmarried girls, regardless of their religion, indulge in carnal activities with boys just for the fun of it, unless the same is backed by some future promise/assurance of marriage and to prove her point, it is not necessary every time for a victim to try to commit suicide as in the present case,” the court had observed.

While in the current case, the relationship fell apart and the woman got engaged to someone else, but the man started blackmailing her leading to the cancellation of the marriage. The accused sent video messages to the future in-laws of the woman where he threatened of committing suicide and the family (where the woman was supposed to get married) would also be held responsible for it. 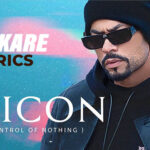